I thought these things were made of Sugar and Spice? 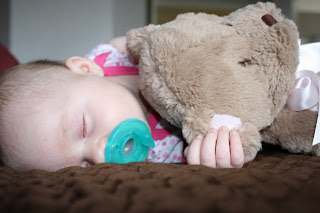 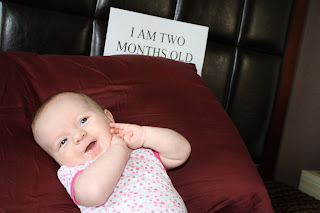 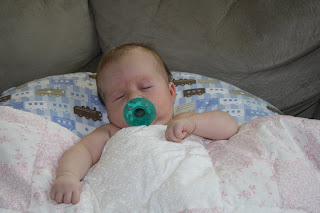 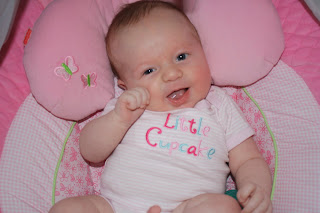 The last month has absolutely, beyond a shadow of a doubt, been the hardest month of my life.

When you leave the hospital with a baby you have already heard at least a dozen warnings about shaken baby syndrome. You dutifully nod your head, roll your eyes at your significant other, and tell the nurses that you have many people to call if you feel that you're in danger of shaking your baby. And then they leave the room and you talk about what kind of awful people want to shake their precious bundles of joy.

And then two weeks later you realize that it's normal people just like you who are treating their babies like Polaroid pictures just to get them to shut their pie-holes for long enough for you to brush your teeth for the first time in a day and a half.

Brooke has colic. And some of you are thinking, "Don't be dramatic. Babies cry. It's what they do." When I say Brooke has colic I don't mean that Brooke cries. Brooke screams.

If you want to know what Brooke sounds like here's what you do: Go to your stove and turn the front burner on high. Wait four minutes for either the coils to get nice and orange, or for the flame to burn bright blue. Then, dip your left hand in whiskey and hold it over the flame or press it to the burner and keep it there for a full minute.

That noise you just made is about half of the decibel level of what Brooke can manage, even though she's less than twelve pounds. She does this for around six hours every day, give or take a few seconds.

We have been to multiple doctors for her screaming, and she always sits on their papered table, drooling and smiling her gummy smile, and they tell us that she will grow out of it.

We don't know whether or not her hearing situation has any effect on her disposition, but last Friday we took her to one of the top pediatric hospitals in the country, which thankfully is only forty miles from us (Phoenix metro is huge), and they were able to run a barrage of tests on her which told us that she does have hearing loss. In her right ear it is mild to moderate and in her left ear it is moderate. We also found out that it is sensorineural which means that it is not fixable and it is permanent.

This doesn't sound too bad, and I am well aware of the fact that it could be much worse, but unfortunately voices are on the very low end of the sound spectrum, and without intervention her speech would be hugely effected.

Of course, we are getting her hearing aids as soon as possible (hopefully in the next two weeks) and we will be starting with the Arizona Early Intervention program to make sure that speech therapists, social patient coordinators, and audiologists are all at our disposal.

Until then, Corey and I are doing our best to come to grips with the fact that life will be a little harder for our little girl, and if she doesn't learn to stop screaming she's never going to have a boyfriend.

Since we have no known history of hearing loss in our families, we also have to undergo genetic testing as well as EKGs, thyroid testing, and kidney testing to make sure that her condition isn't a part of something much bigger and more dangerous, so please cross your fingers that hearing loss is the only problem she has! We also hope to find out if it is progressive, although we probably won't know that until we do hearing tests every few months and see if it is getting worse.

On much happier notes, her two month visit with the pediatrician went swimmingly. We had to switch from our much-beloved off-base doctor to one on-base and we were terrified due to some bad visits I've had. However, her new doctor is amazing and really took the time to listen to our questions (I always have many) and concerns (yeah, I have those too).

She was 11 lb 6 oz which is the 84th percentile, and 22 and 3/4 inches long which is the 85th percentile. She does like to eat!! We are hopeful that her height comes from my side of the family, but we know that little else does because she is an exact replica of her Daddy right down to the beautiful baby blues that she has kept so far.

She did get her shots, which after hours upon hours of research we decided to do on the normal schedule, and she hated them very much (but not as much as Corey hated seeing her get them).

Her neck strength is a little behind due to the fact that she doesn't do much during tummy time other than scream (see a pattern?), but he doesn't see anything developmentally wrong which is a good thing when we're keeping our eyes open for any other problems which could indicate a systemic syndrome.

I'm struggling to think of anything else to post because I know that her Grandmas will read this and everyone knows that Grandmas find everything their grandchildren do incredibly entertaining, but the reality is that she's two months old and two month olds don't do a whole lot.

Hopefully my three month update will be filled with happy tales of playtime, hours in the Bumbo, and sweet, sweet, silent serenity. Or at least a story of me changing out of pajamas before 3pm.
Posted by Christina at 10:21 AM 3 comments: